In and Out of Sites

When Park MacArthur’s show Ramps opened in 2014 [Plate X], it was greeted with critical praise, but also slight confusion. At a distance, the assemblage of nearly two dozen gently inclined planes made from a variety of materials and carefully presented in a compact grid, resembled the minimalist floor sculptures of the mid-1960s. At least one critic found the grouping impressive, even admitting that it “at first seemed to be a riff on floor-based minimalist sculpture by the likes of Donald Judd.” On closer inspection the tiny, tightly packed Essex Street gallery space on New York’s Lower East Side was filled with a surprisingly varied assortment of slivers, wedges, and blocks. While some of the objects were carefully constructed, many more had a makeshift appearance; made of odds and ends, some were even hacked out of fiberboard, cast-off plywood, and corrugated cardboard. At least one, a pink cabinet door, was clearly recycled from a building project. Almost all these constructions were scratched, smudged, and otherwise scuffed from use.  In fact, McArthur’s sculptures were little more than temporary access ramps. All had been requested by the artist, who also uses a power wheelchair, so she could enter and exit art spaces across New York and New England.

> from "Art and the Dynamics of Circulation, Suppression, and Censorship" | Bloomsbury forthcoming 2020 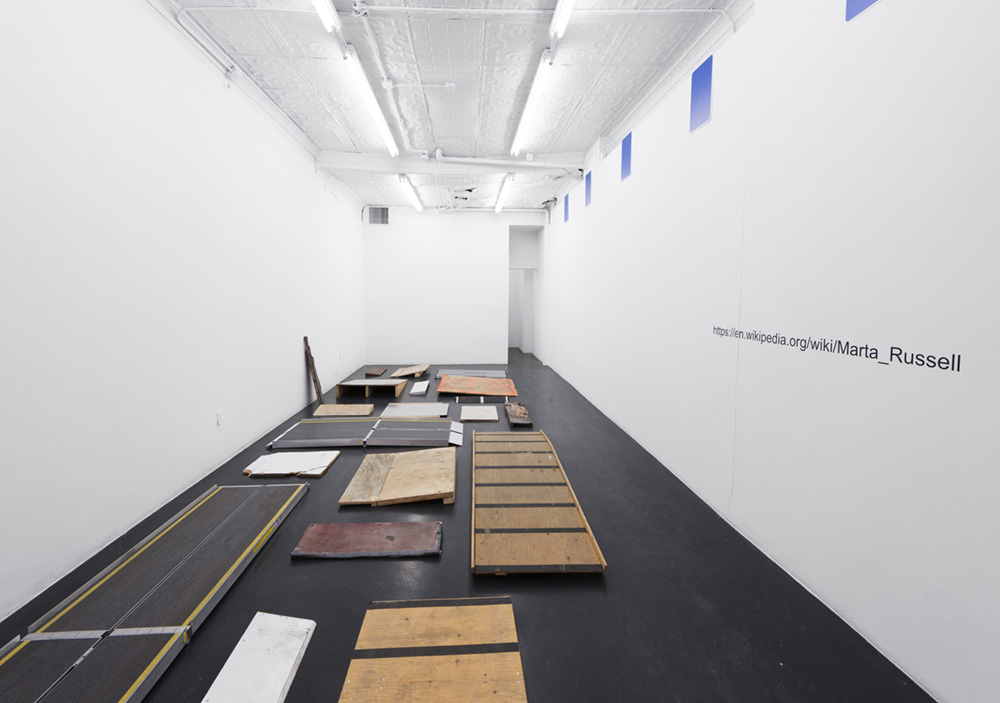