The Design of Jim Crow Signs in the Segregated South

”Jim Crow” was a character portrayed by the black-face minstrel, Thomas “Daddy” Rice, whose stage performances in the 1830s and 1840s typified many whites’ view of African-Americans through- out the nineteenth century. Jim Crow segregationist signs, believed to have been named for this character, are emblematic of southern white leaders’ unrelenting effort to enforce African-American subservience after slavery was outlawed. Spread across a vast region of the southern United States, these visual communications systems confirmed the re-marginalization of African Americans in the aftermath of the Civil War and subsequent Reconstruction. Four generations of Southern blacks endured Jim Crow laws; only now, some 50 years after the height of the Civil Rights Movement, are scholars beginning to examine the ubiquitous signage that kept this system of oppression in place. Although these Jim Crow signs have begun to be considered in spatial and semiotic terms, an important alternative is to view them through the lens of design history. Design historians have paid scant attention to Jim Crow signs as artifacts, or as parts of processes or systems, but doing so illuminates important aspects of the signs’ function and appearance, examining how their style made them meaningful and authoritative. Even more important, when recognized as a feature of communication design history, they remind us how often design is used to enforce social regulation. 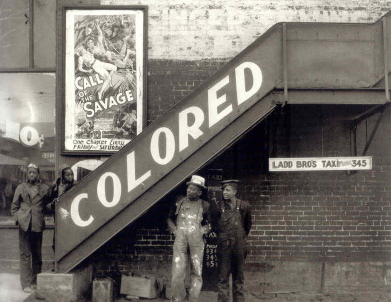